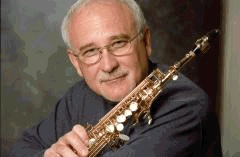 Having received his Bachelor of Music degree from the University of Cincinnati College- Conservatory of Music, and his MM degree in Woodwinds from The Ohio State University, Dr. Masek completed his academic education with a Doctorate in Musical Arts from the University of Southern California. In much demand as a master teacher, Douglas is also a Vandoren Elite Artist, and Conn-Selmer Artist, performing and lecturing internationally at schools, colleges, and universities. Douglas has also recorded for Centaur, Albany, Cambria, Atlantic, Koch International, Stereophile, Summit, Novana, and Philips Classics recording companies. Additionally, he has performed on motion picture soundtracks for Sony, Warner, Paramount, Universal, Disney and 20th Century, along with television and radio broadcasts. Having premiered dozens of compositions written exclusively for him, Masek's discography includes eight CD collections: Distant Memories, Windwood, Recrudescence, Saxvoir Faire, The Encore Saxophone Quartet, Saxtronic Soundscape, Saxophone Alternative, and EclectSax. You can learn more about Douglas Masek and hear sound samples at his website: www.dougmasek.com 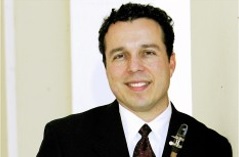 KENNETH R. FOERCH is a Los Angeles based free-lance studio musician, performer and instructor. He received a B.M. degree from Michigan State University, an M.M. degree from the Eastman School of Music and a D.M.A. degree from the University of Southern California. Performing as an on-call saxophonist with the Los Angeles Philharmonic, he has worked under the direction of Gustavo Dudamel, Esa-Pekka Solonen, Zubin Mehta, John Williams, and others. Additionally, Ken has appeared with the L.A. Master Chorale, Pacific Symphony, Pasadena Symphony, and the Long Beach Municipal Band. He has also performed with some of today’s leading jazz artists, including Shelly Berg, Carmen Bradford, Ndugu Chancler, and Bill Watrous, and continues his work with noted composers such as Andrea Morricone. As co-founder of the Capitol Quartet, the ensemble performs jazz and classical saxophone quartet arrangements with Orchestra. While a member of the quartet, he performed throughout the United States with numerous orchestras including the Baltimore Symphony Orchestra, Grand Rapids Symphony, Rochester Philharmonic, Williamsport Symphony, Butler Symphony, as well as with conductors Marvin Hamlisch, Marin Alsop, Jeff Tyzik, and Daniel Hege. Other performing accomplishments include appearing at the Ninth World Saxophone Congress in Japan, and as principal saxophonist of “The President’s Own” United States Marine Band for eight years. Appointed Director of Jazz Studies at Vanguard University, his other teaching areas include woodwind studies, Director of the Concert Band, advanced conducting, and beginning music theory. Dr. Foerch continues to enjoy a multifaceted career giving solo recitals, teaching, arranging, composing, recording and performing with numerous jazz, rock, and chamber groups throughout Southern California. Ken resides in La Verne, CA with his wife Michele and daughters Sophia and Lauren. 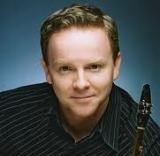 DAVID BRENNAN has been a performer, educator, and clinician in the greater Los Angeles area for 20 years. His performance career includes recording music for and appearances in several motion pictures, including “A Bright Shining Lie,” “Pumpkin,” “Road Trip,” “Don’t Say A Word,” “Shrek the Halls,” and “G.I. Joe: The Rise of Cobra.” He has performed for President Bill Clinton and worked as a consultant for the hit ABC show “Grey’s Anatomy.” His ensemble experiences include performances with the Los Angeles Philharmonic, Long Beach Opera, Santa Barbara Symphony, West Hollywood Orchestra, New West Symphony, Santa Monica College Symphony, Santa Monica Civic Light Opera, and Jacaranda: Music at the Edge. He has also performed with The Mills Brothers, Nick Waterhouse and The Tarots, Heidecker and Wood, Kelley James, Matthew Morrison, and Rashawn Ross and Boyd Tinsley of the Dave Matthews Band, among others. Dr. Brennan received his Bachelor of Arts, Master of Music and Doctorate of Musical Arts degrees, all from the University of California, Los Angeles (UCLA). His studies included emphases in saxophone performance, conducting, and music education. He currently serves as a member of the faculty at La Sierra University (Riverside, CA), teaching courses in saxophone, chamber music, jazz improvisation and theory, woodwind technique and humanities. He has served on the faculty at UCLA, Pepperdine University (Malibu, CA) and The Master’s College (Santa Clarita, CA). Additionally, David is an endorsed Performing Artist with the Conn-Selmer Company and D'Addario Woodwinds. 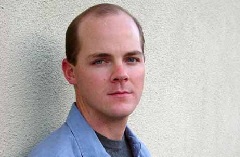 DAMON ZICK is a saxophonist, woodwind performer, composer and educator residing in Burbank, California. He was born and raised in Seattle before heading to the East Coast in 1993 to study saxophone, clarinet, composition and jazz at the prestigious Eastman School of Music in Rochester, New York. After two years in Miami Beach where he performed and recorded with the New World Symphony, Damon relocated to Los Angeles to complete an M.M. degree in Jazz Winds from the California Institute of the Arts where he studied with Charlie Haden. Since then he has been straddling the worlds of jazz and classical music as an active freelance musician in Los Angeles. Damon’s jazz quintet “Damon Zick and Friends” has toured the U.S. extensively and released two CD’s of original compositions, “We Are Large” with Evander Music and “The Outing”. He regularly performs with world/jazz group Quarteto Nuevo, the Westland Trio, the Industrial Jazz Group, and John Tesh. In addition he has shared the stage with jazz artists such as Bob Mintzer, Vinny Golia, Joe Henderson, Joe LaBarbera, Jack Sheldon, Adam Benjamin, Larry Koonse, and Nate Wood among others. As a founding member of the Los Angeles Jazz Collective, he has also been a featured artist at the Reno Jazz Festival, Bakersfield Jazz Festival and UW Eau Claire Jazz Festival. As a classical musician Damon has performed with the Los Angeles Opera, Santa Barbara Symphony, the Ojai Festival Chamber Ensemble, and on the Los Angeles Philharmonics Green Umbrella Series among others. He was a featured performer on Los Angeles Opera’s Grammy winning recording of Kurt Weill: Rise And Fall Of The City Of Mahagonny. Recent solo appearances include “Bohemian Rhapsody” with MUSE/IQUE playing the part of Freddy Mercury on alto sax. This past year Damon was hired by the U.S. State Department to help adjudicate ensembles for placement into the American Music Abroad program. He is on the faculty of California State University at Fullerton and has performed clinics and master classes at colleges and universities across the U.S.